In spring 2020, HIT received a tip off from a concerned local that Moscar gamekeepers were once again targeting badgers close to the Wyming Brook SSSI Nature Reserve, in the Rivelin Valley near Sheffield. During the coronavirus lockdown, Moscar gamekeepers had been seen acting very suspiciously in the area.

HIT returned to the estate and resumed surveillance. Snares set low to the ground were identified on active badger runs in Fearney Hill Plantation, just north of the A57. The woodland was clearly active with badgers – latrines were visible on runs. HIT informed the RSPCA of the imminent risk to badgers, which are a legally protected species. The new gamekeeper, Darcy Smith, was seen checking the snares daily.

Within 5 days, our team found a young female badger caught in one of the snares. She had suffered visible wounds to her neck and paws, and had been frantically trying to free herself. She was injured and exhausted. HIT was able to safely release the badger and take her for urgent veterinary care. She was sedated and treated for her wounds and shock, before being moved to a rescue centre for care and rehabilitation.

Meanwhile, the gamekeeper soon arrived at the site for his morning checks with his gun. Seeing the distinctive signs of badger capture (a large donut-shaped ring of digging around the snare) he removed the stake from the site… but re-set the snares just yards away, further down the very same badger run.

HIT updated the RSPCA immediately to confirm that a badger had been caught and injured, and that the snares were still in use on the same badger run. We stressed that further badger capture is inevitable. The RSPCA advised they would follow this up with police, given the immediate potential for wildlife crime and cruelty.

The badger, named Millie (after one of HIT’s very special supporters), is currently in the safety of a rescue centre and will receive careful rehabilitation to ensure she has the best chance of recovery from her ordeal.

After our initial post was made on social media, the gamekeepers removed the snares.  The eyes of the watching public are a huge deterrent to them. Monitors are needed now more than ever – to ensure no more badgers are caught in snares on the Moscar Estate. The Fearnley Hill Plantation snares (and others) are closer to the nature reserve than the grouse moor. It is unacceptable that the reserve’s wildlife should be targeted in this way.

Wildlife needs your help. The badgers in Fearney Hill Plantation and elsewhere on Moscar are at immediate risk from these snares. Moscar gamekeepers have repeatedly targeted the Wyming Brook Nature Reserve from all angles.  Please monitor the Moscar gamekeepers and their persecution sites urgently. Look out for signs of badger activity – record and report your findings. Urge the RSPCA, Police and Moscar Estate to remove all snares from badger territory. Be persistent. Be bold. Get Active For Wildlife.

We would like to thank Sheffield Wildlife Trust for their efforts to protect wildlife from the neighbouring grouse moor gamekeepers with their Our Moors campaign. 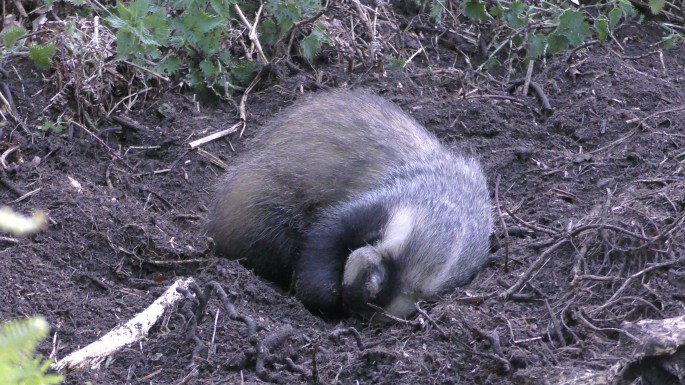